5 Most Haunted Places in Rajasthan

5 Most Haunted Places in Rajasthan 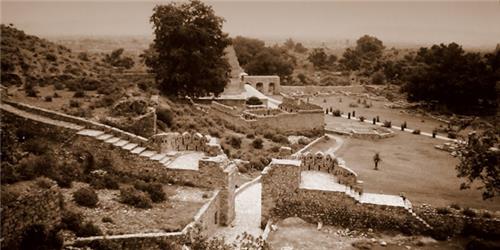 Source
Rajasthan is a state of old palaces, deserted villages and isolated spots. But it is also a state where there are stories of love, sacrifice and betrayal. And it is amongst this grandeur that lies some of the most haunted places in India. These are tales that come close to being true as people share stories about their hair raising experiences here. If you have the heart, go ahead and try out one of these villages and know for yourself, how true or false these stories are-

Kuldhara The Ghost Village of Rajasthan

The stories of the city of Bhangarh and how it is deserted and filled with ghost tales are plentiful. But you have probably not heard of this little village of Kuldhara that is another little ghost town that holds a different charm. But there is a difference between the ghost town of Bhangarh and that of Kuldahara. The difference is that this little village is still not flourishing but is populated near the main areas. So you actually have people living there, telling you tales of distress and ghost stories as they go past the village. It gives you a chance to peep right into this little village and find out exactly what is happening.

About 17 kms away from the city of Jaisalmer, lies the village of Kuldahara. It is towards the west of the main city and is easily reachable by both bus and car. Legend has that about some 300 years ago, Kuldahara was a village that was prosperous and would serve the Paliwal Brahmins under the state of Jaisalmer. However, legend has that the evil eyes of the debauched prime minister of that state, Salim Singh, were haunting the daughter of the head of the village of Kuldahara. The minister was powerful and had intentions of marrying her by force. However, both the villagers and the girls were not keen on giving into the idea. They wanted to end the tyranny of this minister and thus the Paliwals held a council. About 85 people from the villages around decided to just leave their ancestral homes. They vanished overnight.

However, the story doesn’t stop here. Folklore has that they cursed the village before they left and till date the village remains as barren as it had been a centuries ago. Many have come here and tried to stay the night, but weird things and strange paranormal phenomenon chased them away. Another legend has that the minister increased taxes so much here that the villagers had to flee.

Bhangarh One of the Scariest Haunted Towns in Rajasthan 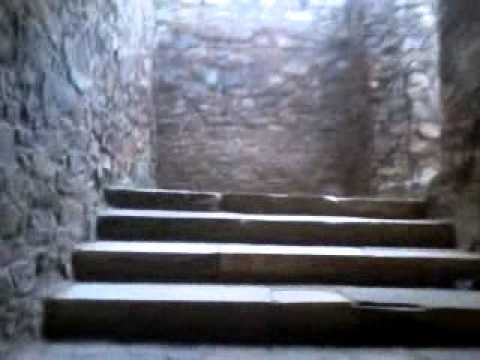 This is a town that probably everyone has heard of. Bhangarh Fort lies right on the hillside in the deserted town of Bhangarh, Rajasthan. It is located right between Jaipur and Alwar in Rajasthan, at the edge of Sariska Tiger Reserve. It has emerged as one of the most popular tourist places because it is a real haunted site. There are many legends about the haunted area that was constructed in 1613 by King Madho Singh. You cannot deny that the beautiful and tranquil area sure becomes spooky at night.

There are two stories to the city. One is that King Madho Singh was given permission to make a town here from ascetic, Guru Balu Nath. However, he particularly said that some parts of the town should remain shadowed and untouched. But this didn’t happen. As a result, the town suffered devastation and never flourished.

The other story is that the Princess of Bhangarh, Ratnavati, who was very pretty. There lived an evil tantrik called Singhia who wanted the princess for himself. He tried using black magic on the princess so that she would come to him. But the princess knew about his evil intentions and didn’t let him succeed. As a result Singhia died but cursed the palace before it. Some time later, the princes perished and battle broke out. Since then, the place has been deserted and is known for spooky tales.

In fact, even now the archaeological board of India discourage people from entering the area post sunset because it is haunted! 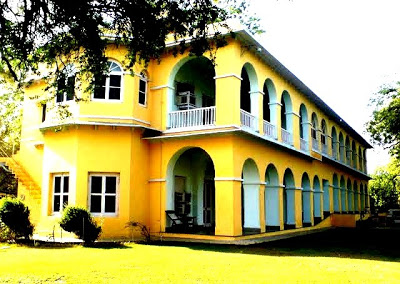 There is Heritage Hotel named Brijraj Bhavan in the Kota area tat is once known to be the residence of Major Charles Burton. Legend has that he was killed during the mutiny of 1857 and betrayed by Indian sepoys. It is said that his body was buried here in the premises to prevent any kind of doubts on the sepoys. Post independence, this mansion came into the hands of the king of Kota, who wanted to live here. But he started seeing the ghost of Burton here. Later in 1970s, the Government of India decided on abolishing the privy purses of maharajas. So the building was then renovated and made into a heritage hotel. However, even after that the visitors there keep seeing the ghost of Major Burton here. He roams around the building, constantly complaining about betrayal and tells the watchman "Don’t sleep, no smoking" and often slaps them.

Jagatpura is another location where tourists don’t want to go much because it is haunted. It is one of the less resided places of the state, but there are people living around here. It is said that in earlier times, witches would practice in the area and it was a hub of evil magic and black magic. Till date, the spirits of these witches are seen walking here along the roads of Jagatpura. It is said that these women are seen walking in white outfits and have long, dark hair. The villagers and the residents of the area support the cause too. But unlike other places, the visions and appearances are not too much.

There is a day of the year, when Ghost Fair is celebrated in Sudhabay. It is not one of the places that you can really call haunted because evil spirits don’t reside here. Rather they are called here on one day of the year. This particular fair is really weird because it encourages the spirits to come and possess human beings who take part in the fair. It is said that these spirits come to take bath in a well located in the village. The residents then take a bath in the well too so that they get protection from the spirits.