Sports are an integral part of our lives. They help us stay fit and in addition to that teach lessons that can never be learnt within the four walls of a classroom. Team spirit, sportsmanship and the feeling of unity are all the feelings that sports inculcate in us. Although the state of Rajasthan is known for its tourist attractions, but there is a lot of sporting activity happening in the state.

Activities of the Council
All 33 districts of the state of Rajasthan are covered under Rajasthan State Sports Council. It nurtures talent from various parts of the state and gives the players a chance to shine.

Administration of the Council

Deputy Chief Minister of the state is the guardian of the Rajasthan State Sports Council. The Council consists of the Chief Executive. In addition to that, the Vice President of the council, the treasurer and 12 members nominated by the State Government form the main heads of the council. 6 officers are ex-officio members. The first President of the Council was Mr. VG Were Kanetkar.

The other eminent sports personalities of the state are – 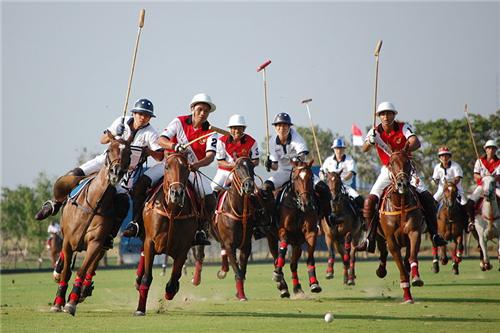 When talking about sports in Rajasthan, we cannot miss mentioning Polo. This royal sport has its connection deep with the princely state of Rajasthan.

One can enjoy playing polo at the Rambagh Palace and Jaipur Riding and Polo Club, situated in Sirsi village on the outskirts of Jaipur. The Rambagh Palace of Jaipur, Rajasthan is the former residence of the Maharaja of Jaipur and now a luxury hotel.

Originally formed in 1918 with a name of Jaipur Polo Club, it was renamed to Rajasthan Polo Club in 1957. It is one of the most prominent Polo centers of the country and has continued the legacy of this princely sport in our country. Jaipur Polo Club was originally formed in 1918 comprising of players mainly from Jodhpur & Jaipur Riyasats.  During that time it was located adjacent to the Jaipur Club and to the present Ganpati Nagar (near Jaipur Railway Station).  It is known, throughout the World as a centre of excellence in Polo.  A lot of members of the Rajasthan Polo Club have played for India in various international competitions including the World Cup.

The history of Polo in Rajasthan can be traced back to late 1880s. Such is the popularity of the sport that, the Prince of Wales visited India to attend a tournament held in early 1922. Since then the legacy has been upheld and even today Polo is an integral part of the identity of the state. 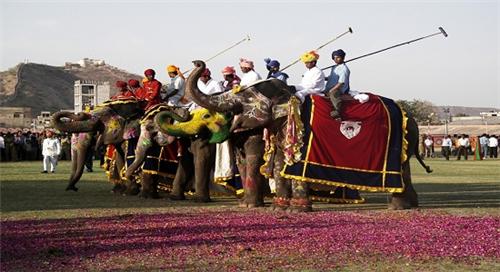 Elephant Polo is played in only a few countries of the world. We are lucky that one of them is India. Rajasthan especially is the hub of elephant polo in the country.

Jaipur is the only city in the world where one can witness this royal sport all-round the year. Although these mighty creatures lack speed but the grace and elegance that they exuberate is certainly a class apart. Even today many members of the royal family take time out to be a part of the elephant polo matches that are organized in the state. The Jaipur Polo Club is doing a great thing by keeping the legacy of elephant Polo alive.

The Rajasthan Cricket Association or RCA as it is popularly known as is the cricket governing body and officiates over the state level cricket in Rajasthan. The association is headed by CP Joshi. The association is officially recognized and affiliated to the Board of Cricket Council in India or BCCI. The RCA selects the state cricket team to play in Ranjhi Trophy and Duleep Trophy. 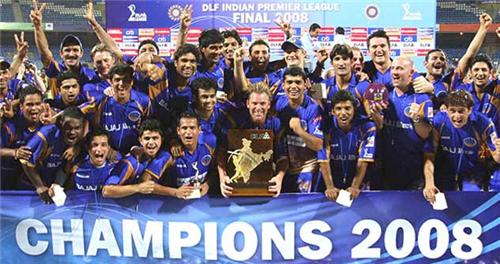 Rajasthan Royals is a cricket franchisee representing the state of Rajasthan in the Indian Premier League or IPL as it is commonly known as. Currently the captain of the team is Australian player Shane Watson and the coach is Paddy Upton. The team is mentored by none other than Rahul Dravid. The team has fared very well in nearly all the seasons of IPL.

Golf is one such sport that is slowly gaining a lot of popularity among the people of our country. Rajasthan is a famous tourist destination and people from different parts of the world visit this vivid state. With the changing times, golf has become a famous sport in Rajasthan and good enough to attract tourists to pursue the game.

Rambagh Golf Club at Jaipur is an eighteen-hole golf course. It is an important golf club and is a part of Rambagh palace hotel which was once the residence of the Maharaja. Sawai Maan Singh. Because of its central location and good weather, the course is playable all through the year. The course also has a facility of flood-light practice.

The club which is approved by the Indian Golf Union, regularly keeps organizing tournaments to encourage golf in the state. These tournaments are a great platform for young players to make it big into the golfing world. So, tourists who love to play golf can reside here or can contact the Golf Club officials. 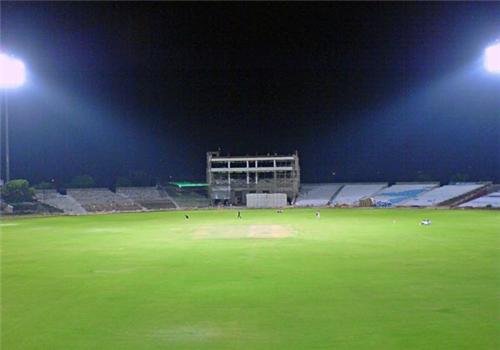 Sawai Mansingh Stadium is one of the most popular stadiums of the country. It is a cricket stadium located in the pink city of Jaipur and was established in 1969.
It is believed that this particular stadium was built during the reign of Maharaja Sawai Man Singh II. This popular stadium has been the venue for many domestic and international cricket matches ever since its establishment. The seating capacity of Sawai Mansingh Stadium is around 30, 000 people. The ground has hosted only one test match – between India and Pakistan, but has been the venue for many one day international matches. In addition to that, it has also hosted many IPL matches for its home team – Rajasthan Royals.
The major tournaments held at Sawai Mansingh Stadium include –
In the year 2006 the stadium saw a major renovation which was worth Rs. 400 crore. The new facilities added after the renovation includes – Media room, 2 new blocks and increased seating capacity. It is also believed that a world-class cricket academy was built for Rs 7 crore, which has 28 appointed rooms, a gym, a restaurant, 2 conference halls and a swimming pool. All this was a part of the renovation of 2006. 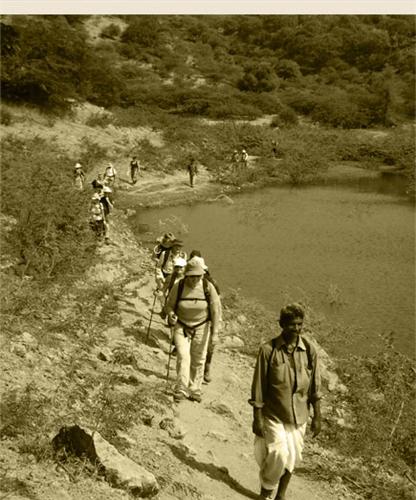 If you thought that trekking was limited to the mountains, then think again. The state of Rajasthan gives an all new meaning to trekking. One can enjoy trekking around the various hill forts and hawelis all over the state. The exotic wildlife sanctuaries and national parks are also a great getaway for nature walks and treks in the wilderness. The amazing excursions, golden sand dunes and Aravali range are some of the ideal locations for trekking. The area around Mount Abu, Mewar belt along Udaipur-Kumbhalgarh-Chittaur and Sariska-Alwar-Amber belt are the other major destinations for trekking. The best part about trekking and hiking is that you get insights into the culture and traditions of the area and get closer to nature.
A lot of tourists indulge in trekking and hiking trips across the rugged landscape of the state. It is particularly very popular among international tourists. Monsoons and winters are the best season for trekking in Rajasthan.

If you thought some of the adventure sports like Ballooning and paragliding are only for hill stations in the North, then think again! Fly over the hills of Mount Abu and desert fields like Jodhpur and Jaisalmer to experience the fun of paragliding. 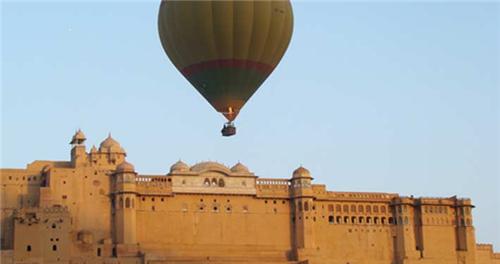 Imagine literally flying in mid air from a fort to a palace - isn't it exhilarating? Hot Air Ballooning in Rajasthan gives you just that kind of an impression. The sand dunes and large parts of barren lands are ideal for gliding. Pushkar, Baneshwar and Nagaur are good sites for hot air ballooning. The Rajasthan Tourism Development has set up a separate cell for adventure sports in Pushkar.

Parasailaing also known as parascending in Rajasthan is relatively new to Rajasthan and is at an experimental stage. It is extremely complex and difficult to organise parasailing considering the landscape of the region and all safety machinery should be in place before the opertaor can take off.