Do you believe in ghosts? Do you think ghosts exist? Have you ever been to a haunted place? It is good to have one ghostly experience in your lifetime, if you haven’t had one yet. And you don’t have to travel too far or cross the seven seas to reach one of most haunted places in the world.  Just a 4 hour drive from Delhi and you are there right in the middle of a ghost town -  Bhangarh in Alwar district of Rajasthan, one of the oldest forts in Rajasthan. The town which was established in 1613 by King Madho Singh, is now famous for its spooky presence and haunted ruins. Bhangarh was abandoned soon after being built because it was believed to be cursed by a magician. 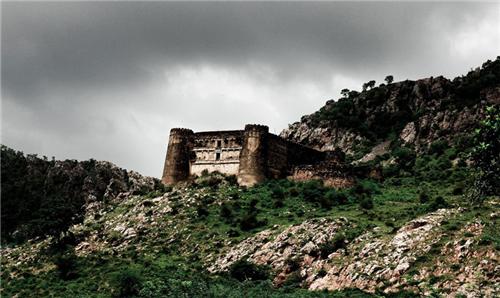 Myths behind the Haunted Fort

Many myths do the rounds to label Bhangarh as a haunted place. Guru Bholanath who mediated in the place is believed to have given permission to Madho Singh to built the palace on one condition. He had cautioned saying that the moment the shadow of the palace touches him, the city would be destroyed. However, when the height of the palace was raised, a shadow was cast on Bholanath’s forbidden retreat. And his prophecy came true and the inhabitants had to leave the fort. 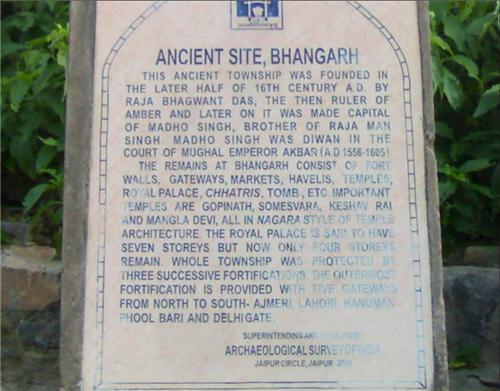 Another story that does the rounds is that of a tantric Singhia who cursed the city after a failed love attempt with the princess Ratnawati of Bhangarh. Singhia’s hopes of marrying the princess were dashed when the princess foiled the attempt of giving her a love potion in a bowl of oil and hurled it on wall that collapsed on Singhia. Singhia  died cursing saying that the whole city would be wiped away and destroyed. Princess Ratnavati also died the following year after a battle between Bhangarh and Ajabgarh. 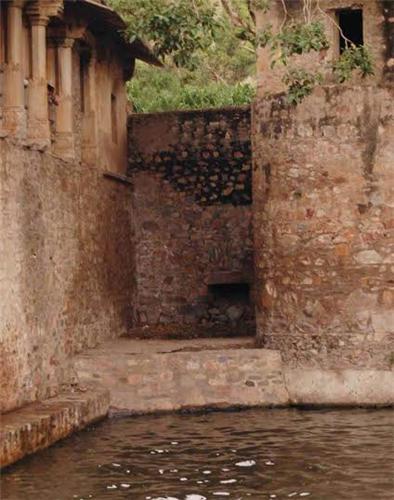 The beautiful ruined fort of Rajasthan will welcome you with its tall 30ft high entry gate and even if you are there at night there is no chance you can get out as the fort is covered with barbed wires. One of the most interesting places in the fort is the bowli or water body. And guess what – like any horror movie, it is from the bowli where you can hear sound of payal or anklets. If you are still want more of the eerie feeling, go down to dancer’s haveli from where probably the sound is more clear. The trees inside the fort also have their own stories to narrate. 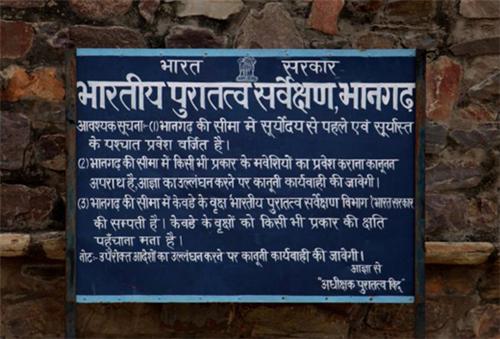 The locals believe that whosoever stayed in Bhangarh after sunset never returned. The villagers also say that whenever a house is built in the region, the roof collapses thereby leaving the place deserted.  Some are of the view that Princess Ratnavati has had a rebirth somewhere else and only she can come and rid them off the curse. Some people including a TV crew who shot there witnessed paranormal activities. The site which is under Archaeological Survey of India will give you goosebumps as it states that staying in Bhangarh before and after sunset is strictly prohibited.