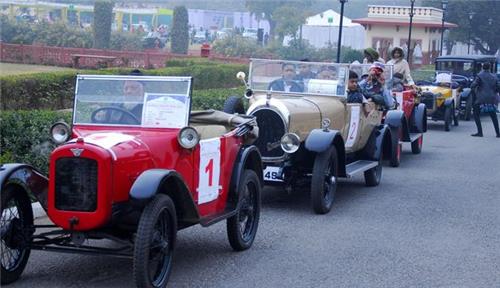 Vintage cars which originated in Europe and America (between 1919-1930) are dubbed as classics or collector items for their distinct features and might cost a fortune. Rajasthan, the state of royals and erstwhile seat of Rajputana kingdom took a fancy to these vintage cars when the royals preferred to ride these automobiles replacing horse drawn carriages and elephants.

The vintage cars show which are a regular affair in the state are held in the month of January every year and is graced by eminent personalities. This year Chief Minister of Rajasthan, Shrimati Vasundhara Raje flagged off the 2 day occasion attended by maharajas, rajas, princess from royal families, celebrities and industrialists. The event’s purpose is to raise consciousness among youngsters about antique motor cars and also a great place for car lovers to observe the classic beauties still in motion. The event which is organized at Jai Mahal Palace in Jaipur sees vintage cars participating amounting to 100 and these antique cars descend in the pink city from across the country, especially Delhi.

This was the 17th time the Vintage Car Rally of Jaipur was organized. Maharani Gayatri Devi of Jaipur herself is considered a pioneer in this foray with a imported W126 (SEL 500 classic car) and several Rolls Royces in her garage.

The frenzy to import vintage cars hence relinquished elephant and horse chariots from the house of royals in Rajasthan. This eventually led to formation of car clubs in the cities of Udaipur, Jaipur and Jodhpur, with the first vintage car rally being held in Udaipur in 1999 and a car museum on Lake Palace Road. 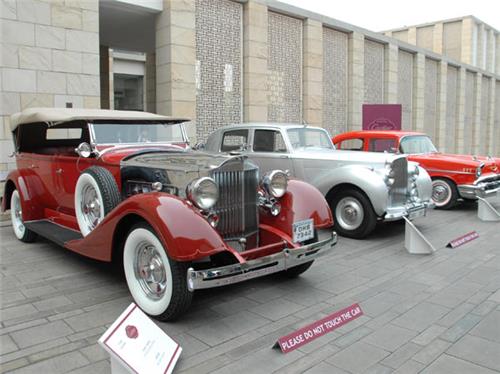 The event has become so popular especially for car enthusiasts who prefer to display their vintage cars in the show or rally attracting plenty of audience. It is indeed a great pleasure to see a fleet of this classic pieces of history which captivates everyone's imaginations. These vintage cars of invaluable timeless  beauty also exhibit the pride of their owners who have maintained their everlasting machines for so long. Some of the most popular vintage cars which participated in the show were Jaguar XK 120, 1964 Fort Mustang, Humber of 1903, 1952 Cadillac Coupe de Ville, Morris 8 of 1938, 1937 Mercedes 170 V, 1934 Rolls Royce, Fiat 501 of 1923, Erskine and Austin of 1923, 1957 Chevy Bel Air including princesses, Raja, Maharajas from different states and from abroad who form the cream audience for this show.

Observing the frenzy of the owners for their vintage priceless machines and motors, another vintage club known as the Jodhpur Heritage Club was established in the year 2007. The club organizes car shows and rallies in the blue city annually which are quite a sight to behold as Maharajas, princesses; industrialists participate with their vintage cars and drive their machines through the streets.

Jai Mahal Palace in Jaipur also plays host for a vintage car rally and the event, organized by the Rajputana Automotive Sports Car Club. More than 114 cars are exhibited on the palace grounds for audience to take a closer look at the machines. If you're visiting the pink city in the month of January, you can observe this royal sight unfurl on the city streets throwing its royal aura and charm everywhere mesmerizing the crowd.
4433