Rajasthan is one of the most popular tourist attractions in the country is known for its architectural magnificence and is steeped in history. But at the same time, there is abundance of scenic beauty in the region as well. Be it the expansive Thar Desert, Aravali mountain range, wildlife sanctuaries and national parks…tourists feel nature’s bounty in the region. Adding to this opulent list are the numerous lakes in the state.

Following are the city wise details of some of the most popular lakes in Rajasthan.

Udaipur is also referred to as the ‘city of lakes’. These lakes have become the identity of the city and give it a deep character. There are many big and small lakes in the city that are great tourist attractions as well. 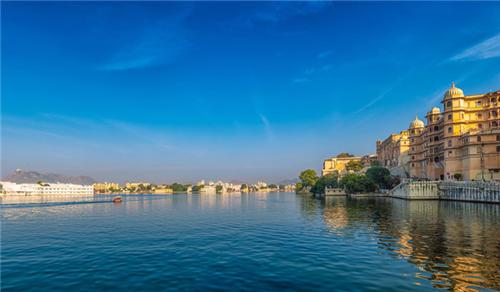 The identity of Udaipur city, Lake Pichola is the most famous lake in Udaipur. It is an artificial freshwater lake that was created in 1362 AD. The lake got its name from a nearby village – ‘Picholi’ village. Historians believe that the numerous lakes in Udaipur were built to cater to the irrigation and drinking water needs of the surrounding areas. The maximum length and breadth of the lake are 4 km and 3 km respectively.

The lake was built during the reign of Maharana Lakha. Later, Maharana Udai Singh was highly mesmerized by the beauty of the lake and founded Udaipur city on the banks of the lake.
There are 4 islands on the lake –
Lake Pichola and Saroop Sagar Lake are connected together by an arched bridge built by Maharana Swaroop Singh. This bridge in turn connects these two lakes to Fateh Sagar Lake. 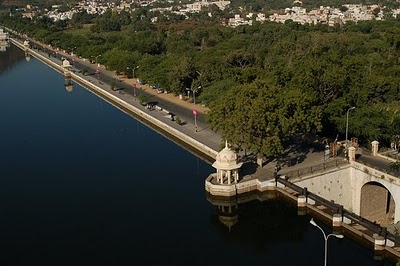 Fateh Sagar Lake is said to be the pride of Udaipur city. It is one of the four major lakes of the city. An artificial lake built by Maharana Jai Singh, Fateh Sagar Lake is located in the north of Lake Pichola. The lake was built way back in 1978, but got its name from Maharana Fateh Singh, who later made additions to it. The length of the lake is 2.4km, while its width is 1.6km and it is 11.5 meters deep.
Located in the south-west part of the city, it is a major tourist attraction. The lake has three small islands that can be reached by a boat.

Each year the Hariyali Amavasya Mela is organized in the lake precincts during the Shravan month (August/September). One can easily reach Fatehsagar Lake either by taking local buses, Tongas, auto-rickshaws and taxis from the city. Read more on Fateh Sagar Lake 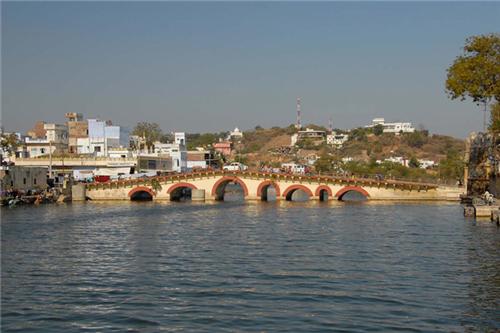 (Source: udaipur.nic.in)
Swaroop Sagar Lake is a small artificial lake that was created by Maharana Swaroop Singh. It was built to provide water to the people of Udaipur and acts a connecting link between Lake Pichola and Fateh Sagar Lake. These two lakes are located nearby Swaroop Sagar Lake, but at different levels. Swaroop Sagar Lake helps these two lakes maintain a balance of water level. Located behind Jagdish Temple, the lake is easily accessible by both public and private transport.
The other popular lakes in and around Udaipur are – 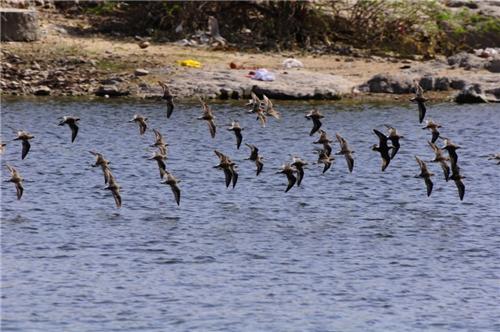 Kalyana Lake is a popular tourist attraction of Jodhpur. It is located 8km west of Jodhpur city. Built by Pratap Singh in 1872, it is an artificial lake and spreads over an area of about 84 sq. km. Experts say during ancient times there were palaces and gardens of two rulers - Bhim Singh and Takhat Singh in the area. These were destroyed to make the lake. Kalyana Lake receives water from Hati Nehar (telephant canal), which is further connected to the Indra Gandhi canal. 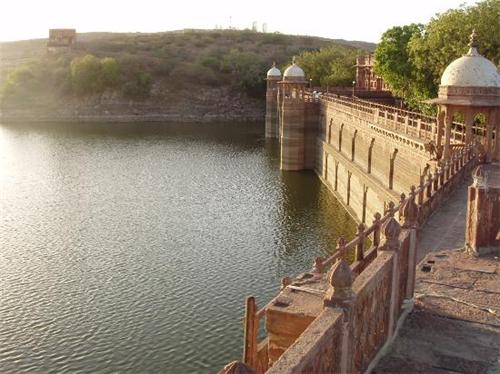 Balsamand Lake is located 5 km from main Jodhpur city, with the Balsamand Palace at the backdrop. Built in 1159 AD by Balak Rao Parihar, it is an artificial lake.  The lake is 1 km long, 50 m wide and 15 meters deep. Today Balsamand Lake is one of the most popular picnic spots in the region. The lake was designed to be a reservoir that could provide water to the neighboring Mandore town.  Maharaja Sur Singh of Jodhpur built this beautifully carved, eight-pillared palace as a summer retreat which is now a heritage hotel. 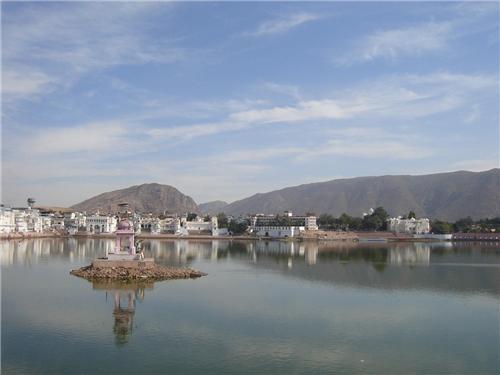 Pushkar Lake is situated in the holy town of Pushkar in Ajmer district of Rajasthan. The Hindu scriptures and scared texts describe this lake as Tirtha Raj, which means the king of pilgrimage sites related to water bodies. Pushkar is the only town in the world where Lord Brahma – the creator of the world according to the Hindu Trinity is worshipped. 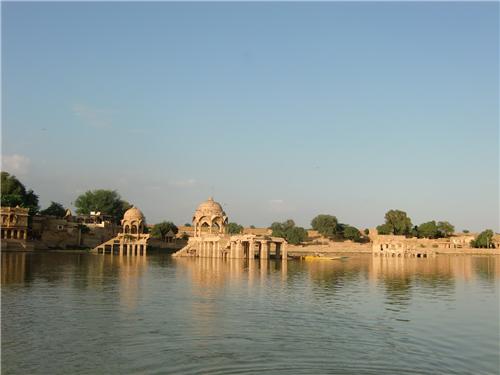 Gadsisar Lake is one of the major tourist attractions of Jaisalmer.  It was a water conservation reservoir built around 1400 AD by the then Maharaja of Jaisalmer, Maharwal Gadsi Singh. The lake got its name from the Maharaja’s name. There are many temples and shrines in the lake’s vicinity that have religious and historical importance. The most popular among all of them is ‘Tilon ki Pol’. A yellow sandstone gateway, the structure was made by a courtesan named ‘Tilan’.

Located in the heart of Jodhpur city, the lake is a popular picnic spot for tourists and residents of the city. Away from the chaos of the concrete jungle, it is a good getaway option. One can easily reach Gadsisar Lake by public transport – take and auto rickshaw, cycle rickshaw or a taxi. The best time to visit Gadsisar Lake is between October and March. 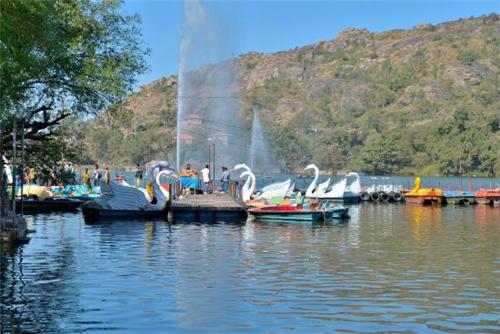 Nakki Lake is located in the beautiful city of Mount Abu. It is the largest man-made lake situated at a height of 11,000 meters. Considering the picturesque backdrop of the lake, many people also call it the ‘Love Lake’ of Mount Abu. The Garacia tribe considers the river scared.

It is one of the main places to see in Mount Abu. The main attraction of the lake is boating and fountains. There is the Toad Rock on a hill near the lake. Raghunath Temple and Maharaja Jaipur Palace are the popular places of interest around the lake. 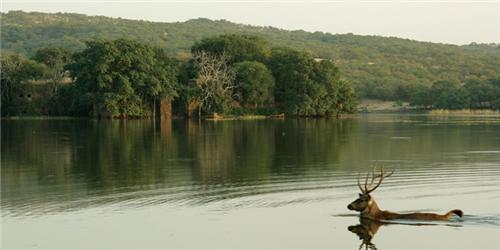 Padam Talao is the largest lake of Ranthambore National Park. During winters plenty of lotus flowers can be seen blooming in the lake from where the lake got its name! The red sandstone Jogi Mahal is located along the lake. Near the lake stands a big banyan tree, which is said to be India’s second largest. It is an ideal place to spot wildlife like deer and chinkara. The natural beauty of the area makes it a photographer’s delight.

Malik Talao Lake is the smallest of the three lakes in Ranthambore National Park. Although area wise it is small, but the lake is home to the Indian March crocodiles and also attracts a huge number of birds. 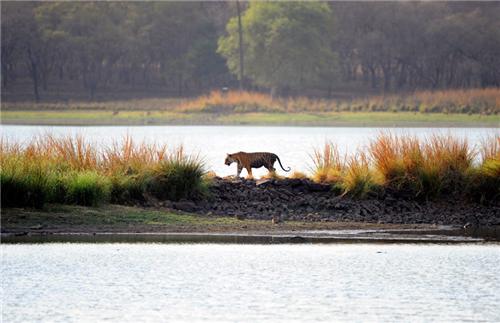 Raj Bagh Talao is the third lake of Ranthambore National Park. It is a place that is steeped in beauty and is home to many species of birds and amphibians. The areas around the lake are considered ideal for tiger spotting. The ruins of the enthralling Raj Bagh Palace are placed between the Raj Bagh Talao and the Padam Talao.

If you wish to take a selfie or capture the romantic mood of the lakes of Rajasthan, then you must visit the following lakes in Rajasthan!

Sunset in Lake Pichola in Udaipur 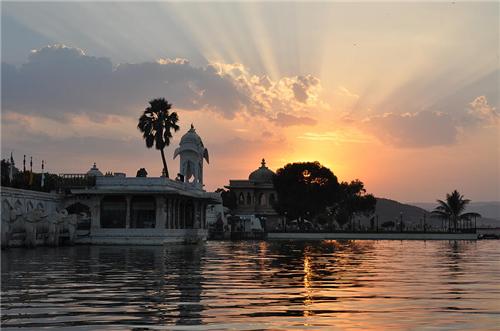 Sunset in Lake Gadisisar in Jaisalmer 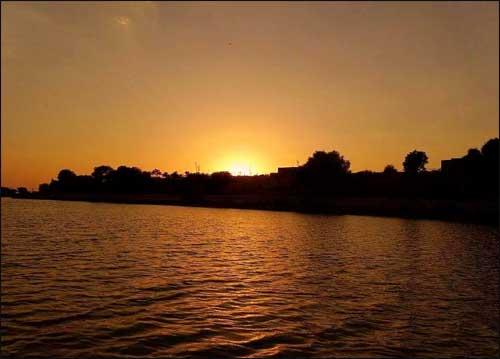 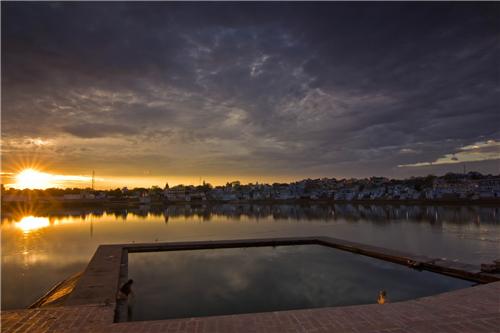 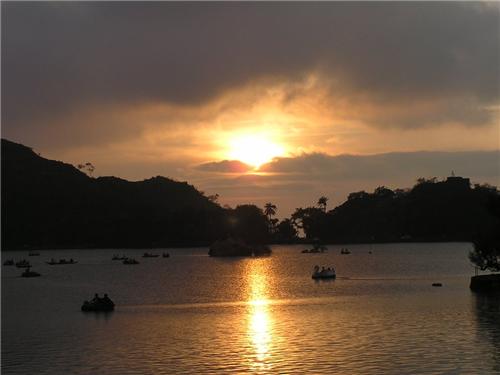 4 Things to do near Lakes in Rajasthan

Rajasthan is one of the most romantic destinations of India and one of the best ways to enjoy some quality time with family and friends is near some of the lakes in Rajasthan.

Getting Romantic in Lake Pichola 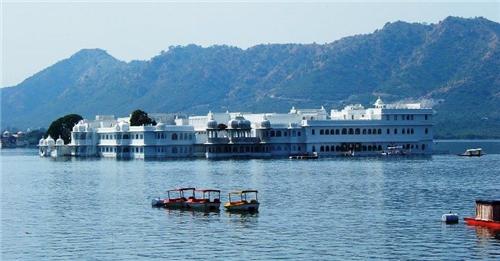 Nothing can be more romantic than boating on Lake Pichola against the backdrop of the lovely Udaipur palace! 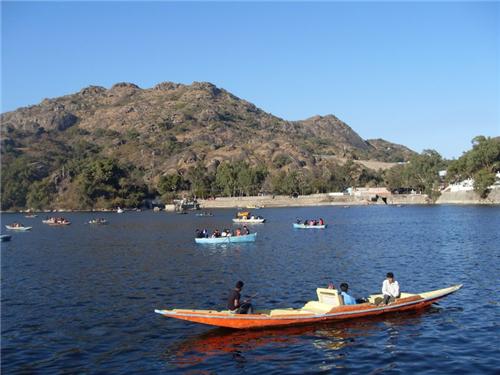 A fun boat ride on Nakki Lake with family or enjoying a softie is one of the best ways to spend an evening in Mount Abu! 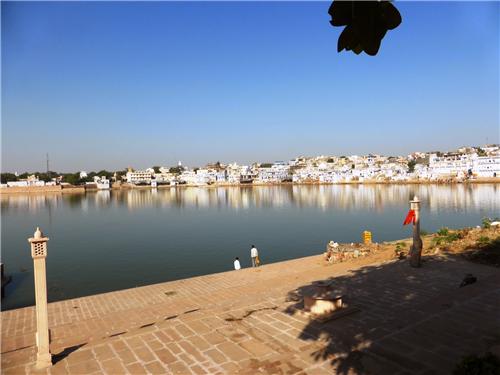 Take a walk around the Pushkar lake along the ghats while watching the sunset is not only romantic but serene as well!

If you are a nature lover or wish to spend some "me time" or quiet time with their loved ones, the Kalyana Lake in Jodhpur is ideal!